This hero is a eldar Agi ranged (550) ganker/assassin

A hero that gos from planet to planet surching for a challange to do and conqueror them. He keeps going in space with his warp movements until he fell into the galaxy in flames. 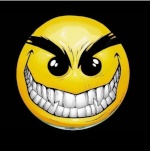 You might want to research (for fluff) for the hero. I cant think of any Phoenix Lords that were Warp Spiders off the top of my head, thats just me being tired. Normal Eldar dont hire themselves out, Dark Eldar would be the closest you would get to 'hireable'. Spiders are not really assassins, thats the job given to Rangers.

Tbh, you might want to tone down the numbers. Especially on Warp Attack... 35% chance for a 3.5 crit just looks to be a very overpowered crit. Churning out at least 500+ damage lategame would simply chop up.

Is his innate a perma-invisibility, or is that me just being daft?
_________________
The warrior who acts out of honour cannot fail. His duty is honour itself. Even his death - if it is honourable - is a reward and can be no failure, for it has come through duty. Seek honour as you act, therefore, and you will know no fear.

I don't know, but I didn't think the Warp Spiders had cloaking, and no, they don't have a Phoenix Lord, and the fluff on this dude is totally off. He does sound like more of a Dark Elder, cuz I don't think the Eldar have taverns. Lol
_________________
Terrainer: Work in Progress...
Currently Developing Terrain V2.0

Maybe his innate could be a counterattack, + evasion or just a plain ignore pathing. Research a bit, fix the fluff, tone down the numbers, and try to make the hero a bit more interesting.

Oh and Faire, Virus said that this dude hangs in Taverns, and didn't state where it was. Sure it could be an Imperium Tav, but Eldar wouldn't give up thier honour to be in such a stinking place.
_________________
The warrior who acts out of honour cannot fail. His duty is honour itself. Even his death - if it is honourable - is a reward and can be no failure, for it has come through duty. Seek honour as you act, therefore, and you will know no fear.

Before I go all grammar nazi on your posts, here's what I have to say.

It's nice that you're making a backstory for your characters, but it has to be credible and believeable. Your skills must also follow in the same way.

Try to make an accurate representation of your character as they would be in the actual 40k universe, except tone it down a little and be unique in what you choose. Don't just make standard carry/healer/one role heroes, because no hero is truly that way.

I there are any sugestions any one wants to add plz do.I would love to here them same with my other posts.

I'm not sure you would want suggestions from a fluff nazi. I would be inclined to tear your build apart like a chainsaw through helpless teddy bears, but I would rather not scare you off so soon.

Glycine wrote:tear your build apart like a chainsaw through helpless teddy bears

OT:
well, the first two skills are good
but i would reduce the cooldown and range on the blink
and make the evasion actually change his position (but in such a way that it doesnt take him further from the unit that attacked him)

as for a critical, aoe bloodlust, and single target dance of death....
not so much

do you have the Eldar Codex?
(hes pretty much going to have to be an exarch so you can use exarch weapons and powers)
look into using the effects of the Spinaret Rifle, Surprise Assault, and Power Blades
but you can still be creative with the effects (like power blades could some how be an active, it doesnt have to be passive)

also, no offense intended, but im prolly just gona use the unit description from the codex as the story.
ive done that with every other hero.
so dont worry about it
_________________
warning! very-stubborn, sarcastic, self-important, argumentative developer detected!